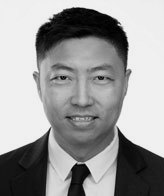 Terry joined Oberweis Asset Management, Inc. in April 2018 and is a Senior Analyst for the Oberweis Emerging Markets strategy. Terry previously worked for Atlantic Investment Management in Tokyo and New York as a Senior Equity Analyst covering Asia ex-Japan. Prior to that, Terry worked for eight years as an analyst at the Harvard Management Company, including four years covering Asian equities for the Harvard Endowment’s internal emerging markets strategy. He earned his MS in Quantitative Finance from the Illinois Institute of Technology and completed his Bachelor of Economics at Capital University of Economics and Business in Beijing, China. He is fluent in English and mandarin Chinese.

Select the platform of your choice
by clicking one of the links below:

DISCLOSURE:
Before investing, consider the Fund’s investment objectives, risks, charges, and expenses. To obtain a copy of the prospectus or summary prospectus containing this and other information, call 800-323-6166. Read it carefully before investing. The Oberweis Funds invest in rapidly growing smaller and medium-sized companies that may offer greater return potential. However, these investments often involve greater risks and volatility. Foreign investments involve greater risks than U.S. investments, including political and economic risks and the risk of currency fluctuations. There is no guarantee that the Funds can achieve their objectives.

The products described on this website are intended to be made available only to persons residing in the United States. Performance of our products is historical and does not guarantee future results. This website should not be considered a solicitation or an offering of any of the Oberweis Asset Management, Inc. ("OAM") products to investors residing outside of the United States. Please review the Terms and Conditions for using this website as well as our Privacy Notice.

The Oberweis Funds are distributed by Oberweis Securities, Inc. Member: FINRA and SIPC.

For Institutional Investors Only

Persons who do not fall into one of the above categories should not review the information contained in this site.

Investments in smaller and medium-sized companies may involve additional risks, such as limited liquidity and greater volatility. Foreign investments involve greater risks than U.S. investments, including political and economic risks and the risk of currency fluctuations.

Before investing, consider the Fund's investment objectives, risks, charges, and expenses. To obtain a copy of the prospectus please visit our website at oberweisfunds.com or call 800-323-6166. Please read it carefully.